‘They shall not grow old, as we that are left grow old…’ 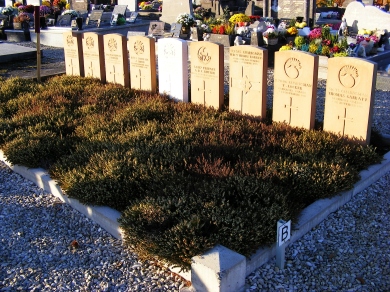 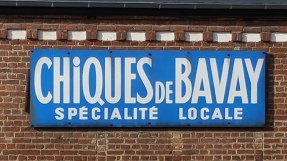 It’s a cliché to describe any moment in life as a whirlwind but it is also hard to think of a better expression for the last two hectic months.

The eve of my grandparent’s 100th wedding anniversary seems much longer ago than September 20th 2018. I don’t think I will ever forget the moment when Parmjit Singh, my commissioning editor at Kashi House, proudly presented me with the First Edition of Major Tom’s War for the very first time, just minutes before the launch took place. About 100 friends and family members and – something I am having to become accustomed to – complete strangers came together to celebrate the end of an unusual book’s ten year journey towards publication. Jassa Ahuwalia made the whole thing so easy and I enjoyed the evening at the National Army Museum very much.

As I dropped off to sleep that night, my hand resting on the silky grey covers of my book, my actual, real, wonderful book, I thought, goodness, this is the best thing I have created since my two daughters. It was a moment of perfect happiness.

Of course in the cool light of day like any new mother I examined my offspring with anxiety, ready to seize on any tiny blemish, and of course there are small things which need to be tweaked and adjusted when this long and complex book moves into a second edition. This is after all a first novel not just for me, but for my gallant publishing team at Kashi House too. The reviews have been very enthusiastic and kind thus far and I will be forever grateful to all the pioneering readers who have invested in a First Edition and who can say, with pride, that they were among the very first to read Major Tom’s War. I am signing as many as I can – if you would like one, please get in touch via the website at http://www.majortomswar.com.

The book is here to stay. People are now reading it all over the world, with particularly intriguing early success in India. It is a heady and stressful sensation now the words which have been in my head for so long are out there taking on a life of their own. I know that people are longing to read it in France too but first we have to find a French publisher willing to take it on. Several irons in the fire there, so things are looking hopeful.

Bavay is a real place…

I have just returned from an extraordinary fortnight spent in France for the Armistice 100 commemorations. This was my fourth visit to the little Franco-Belgian border town of Bavay, home to the mayor Gaston Derome, one of the book’s main viewpoint characters, and also intimately connected with Tom Westmacott, my Indian Army cavalry officer and APM grandfather. I have made friends for life in Bavay, and all because one conscientious man wrote a thank you letter to another, and that other (with a little help from his wife) kept it. Whenever I walk across the Grande Place from Gaston’s Mairie to the deceptively saintly Queen Brunehaut’s column, I can hear horses’ hooves on cobbles, although no cobbles now remain.

My day job is as a museums and heritage consultant, and the town asked me over two years ago to create an eight-panel exhibition for them about Major Tom’s War for the Armistice 100 commemorations. I called it ‘Grande Guerre, Petits Destins’ (literally Great War, Small Lives) which may well be the title of the novel in its French edition, which we hope to see published soon.

I made the exhibition a comparative study of Tom and Gaston and in doing so realised that there were more similarities between these two mild-mannered men than I had at first thought. Both wore spectacles, both faced and triumphed over personal tragedy immediately before the war, both put their lives at risk for the sake of others, both believed more in the power of kindness than violence. Two ordinary men doing their best to survive extraordinary times.

The exhibition was attended by over 600 people in the seven days it was open, including classes from almost every local school, and is now the property of the town, for use in schools, libraries etc. Almost every child in Bavay now knows the name of Gaston Derome. Before I wrote Major Tom’s War, none of them did. Gaston is important to the book but also to France. His story of courage rehabilitates the WWI areas of occupation whose inhabitants are still sometimes cruelly nicknamed even within their own country as ‘les Boches du Nord’.

My cousin and sister and their families joined me at the end of my fortnight in Bavay to commemorate the 11th November, so all three of Tom’s surviving grandchildren were present. We also were most touched that the great-great-nephew of one of the dead buried in the cemetery came all the way from England by motorbike to pay his respects. My friends Loic and Martine came dressed in period costume, Loic as the priest-interpreter, Tom’s friend Luneau.

Bavay’s mighty procession, led by the town band, marched around the war memorials, the dignitaries wearing tricolor sashes and our family members wearing poppies, which are most coveted in France and should be sold there set off in the drizzle. We stopped at every war memorial in the town, including one to the resistance fighters of both wars, who have their own hymn. It all ended after an hour in Bavay’s bleak little cemetery, now bedecked with red, white and blue flowers as bouquet after bouquet and our own simple wooden poppy crosses were placed on the graves of the 12 men who lost their lives in Bavay either at the very beginning or in the last days of the war.

As we stood beside them, hoarse from repeated singing of the God Save the Queen, the Marseillaise and, in a touching tribute to Tom’s country of birth, the Indian National Anthem Jana Gana Mana, pondered on the lottery of war which meant that our grandfather came through the liberation of the town largely unscathed, while Kev Disspain’s great-great-uncle Clarence did not. Clarence Lionel Disspain was one of the ‘six men of the North Staffordshire Regiment’ Tom found dead, still warm, felled by a shell blast as they left the billet (in Gaston’s factory) which Tom himself was about to enter.

We were commemorating the end of a brutal war in a small town and in a small-scale way, not at one of the huge events at the Arc de Triomphe (where the lack of a high-ranking British politician or member of the Royal Family was noted with dismay) or Ypres or the Cenotaph. This was a conflict which derailed millions of small lives and it was good to stand there quietly, shoulder to shoulder with the ordinary townsfolk, as in the person of today’s mayor, Alain Frehaut, they said a genuine and heartfelt thank you for their liberation 100 years before.

And then we slaked our parched throats with champagne, and toasted ‘a la France, aux Allies, et a la Victoire’ – just as Tom did 100 years before.

In my next two blogs, I will be looking through Gaston Derome’s photograph album and following in the footsteps of Tom and the Indian Cavalry on the Western Front

Hello new readers. If you enjoy my blog why not try my prizewinning novel of WWI, Major Tom's War? It's available as a revised and expanded second edition in paperback and on Kindle. You can order it via my lovely publisher Kashi House at www.kashihouse.com or from any good bookseller. Ask me nicely and I can send you a signed/dedicated copy for just £12 including UK postage and packing 🙏🌹 View all posts by veewalkerwrites